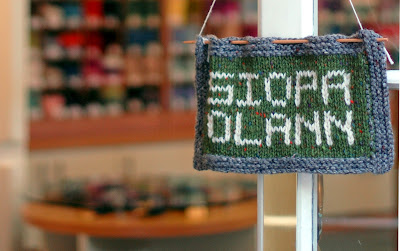 We’re up for an award! Let’s Knit and Let’s Get Crafting magazines are asking their readers to vote on the British Knitting Awards 2014, and a couple of days ago we heard that we’ve been nominated in the Best Local Independent Yarn Store (Ireland) category!

As the only store in the Republic Of Ireland to have been nominated, we’re thrilled! And since all the nominations come from readers of Let’s Knit and Let’s Get Crafting, we’re very grateful to our customers for putting our name forward.

You can read more about the awards at this link (including your chance to win Â£500 worth of knitting delights from the winning companies). There’s categories like Best Designer, Best Sock Yarn and Best Knitting Blog too, so you can show your appreciation for yarnies right across the board, and make your own suggestions too. Clicking on the Vote For Us! button below will take you straight to the voting site.

Online voting for the Awards opens on 4th July and you’ll also find forms in the August issue of Letâ€™s Knit and Issue 63 of Letâ€™s Get Crafting â€“ Knitting & Crochet magazines. Voting closes on 14th September and the results will be published online and in the November issue of Let’s Knit (it’ll be in the shops at the end of October).

And can we wish all our fellow nominees the very best of luck? It’s an honour to be included in such company!